OBUZ IS NOT JUST ANY OLD BEER, IT IS A SPECIAL BLOND, BREWED ACCORDING TO THE UNWRITTEN RULES OF THE CRAFT. THE FIRST REAL BELGIAN FARM BREWERY BEER: SEEDED, HARVESTED AND BREWED BY A FARMER WITH A PASSION FOR BEER.

Fourth generation on the farm

The fields worked by the Lemaire family have proved their worth for many decades, serving as grazing land for livestock and as fertile fields for vegetable-growing.

Today marks the start of a brand-new chapter that now also allows you to taste the character of the soil in a glass.

The Lemaire farming family has its roots in the West-Flemish village of Bellegem. As farm land became increasingly scarce in the local area, Henri Lemaire and Hermenie Callens moved to Passchendaele in 1920, in search of new opportunities to build a better future for themselves. When they arrived in Passchendaele, shortly after the Great War, they continued as farmers, combining their activities with running their own bakery, set up in in the farm house. According to reliable sources, the farmstead also happens to be one of the oldest farmsteads in Passchendaele.

In 1924, four years after they had relocated to Passchendaele, Germain Lemaire was born. Germain met Alice, got married and took over the family business from Henri and Hermenie. Where his parents chiefly focused on mixed agriculture and cole, root and bulb vegetable crops, Germain decided to move forward and also started rearing livestock.

Werner Lemaire was born in 1951. He too was readied to follow in the footsteps of his father and grandfather. Werner married Magda Vandermeersch and took over from his parents Germain and Alice. Werner continued on the chosen path of his dad’s farming activities.

More recently, Henk – who is Werner and Magda’s son – and his wife Annelies have largely taken over the family business. Where Henk initially grew traditional crops such as maize, cereals and potatoes, he is now ploughing a different furrow. In 2007, Henk built an exhibition space on the farm, which he transformed into a banquet hall three years later. In 2017, he launched a B&B above the banquet hall. But Henk’s expansion drive and eagerness to stand out from other farmers was and remains considerable. In 2019, he seeded his first barley and the rest is history …

Everything at the same site

The Waterfields Brewery Passendale is part of a greater whole. Alongside working as a farmer and a brewer, Henk Lemaire is also the host of the Waterfields B&B and the man who runs the banquet hall, all based at the same estate. The farmer even designed his own brewery installation. With a background as a master brewer with a beer producer of renown, Henk drew the design of the installation himself, specifically geared to the beer he was looking to brew. In spite of the use of state-of-the-art technology, the installation is based on traditional craftsmanship processes and is perfectly suited to produce craft beer.

A premium on
sustainability

Obuz benefits from nature. Which is why the brewer feels it is no more than normal that he returns the favour by doing his bit for the environment. Waterfields Brewery Passendale invests in sustainable business practices, with plenty of attention going to ways to save on water, cut down on the consumption of energy and local entrepreneurship.

A unique beer as a result

A beer unlike any other. A session beer masquerading as a speciality beer. Obuz is a balanced beer, a unique brewage that combines the flavours of the soil with rich heritage and low alcohol content.

Find out more about the beer

Henk spent some 15 years working at a famous brewery in Roeselare. This is where he got the beer brewing bug. His fascination with beer and how to make it only grew as the years went on. With ever rising interest and hunger for information about the brewing process, he enrolled in a training course. But just having the know-how was not enough.
“I always dreamt of producing beer. This dream had plenty of time gestate. Eighteen months ago, the dream suddenly became more of a concrete proposition when I got talking to my cousin Stef Dejonghe”, Henk explains. 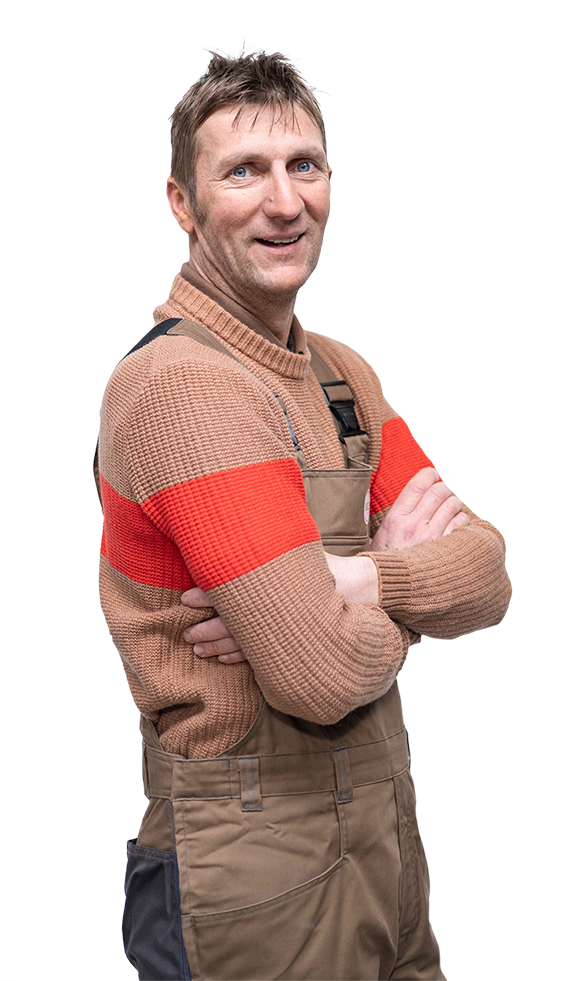 "When I heard Henk gushing so passionately about his long-held dream, it really hit home for me in a very inspiring way”, the brewery’s co-managing director goes on to add. Where Henk knows everything there is to know about brewing beer, Stef brings his longstanding experience as a business owner to the table. Alongside an advertising and communications agency, in amongst other businesses Stef also run a chain of vape shops.

Sophie Vantomme, co-managing director Stef Dejonghe’s wife, is a woman on a mission who makes no bones about stating her ambitions. She previously worked in the advertising business, ran her own retail shop and racked up experience working in the insurance sector.
“I like to get properly stuck into new challenges. I have always been fascinated with the food and beverage industry and Obuz is a great opportunity to put my shoulders to the wheel of a project I have the utmost faith in.”
Each day, Sophie immerses herself in the various aspects her job entails. As the internal sales and back-office worker, she provides general support whilst serving as the primary point of contact for anyone who wants to find out more about Obuz, the first true farm brewery beer. 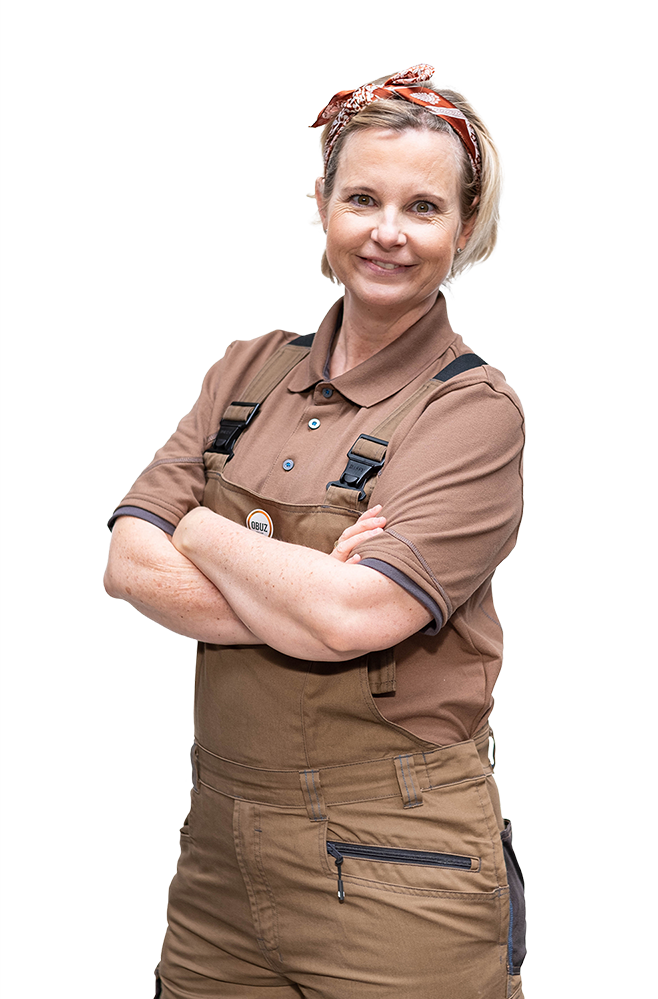 Keen to find out more
about Obuz?